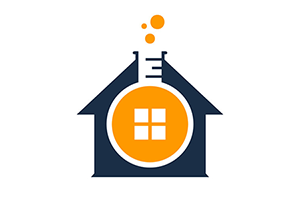 In this quite unprecedented time, whereby a global pandemic has essentially shut down all the major economies of the world, there have been great temptations to sit back and let the things we have no control over direct our attention to streaming and gaming to fill our focus (amongst spending some very high quality time with our family of course).

But if you’re anything like me, then you’ll quickly realise that the void of learning new skills in your profession needs to be filled. And so, having just spent a brilliant 3 days with the guys from CloudSkills looking at Azure, I’ve realised that my lab is looking, dare I say it, a little shabby and unkept. So I thought I’d spend a day or two refreshing it and bringing it back from the dead.

Over this lockdown, I’ll be posting a few entries of how I rebuilt my lab and sharing a few things along the way. And hey, if no one else reads it, I can at least remember what I did to get here!

I’m aiming for a fairly straightforward setup here, nothing flashy. But as an infrastructure engineer by trade, it’s going to consist of a couple of physical VMware hosts, a storage host and a router – everything else can be virtual.

I also have access to a couple of very useful resources – being a Microsoft Partner, I can call upon the Action Pack benefits. If you haven’t heard or seen this, I strongly recommend depending on your circumstances that you can become a member or get your company to join. For a seriously reduced fee, you can access some of the commonly used Microsoft resources and ISO images, plus gain monthly Azure/O365 benefits for further testing.

Alongside this, I am taking advantage of VMUG (VMware User Group) membership. This will give you 365 day Eval licences for their virtualisation products (or at least the ones you can genuinely test whilst at home).

So, first things first, I’m doing this on a budget as much as I can, and using second-hand kit I collected over several years. To get you up and running, you don’t need to spend thousands (although it would be nice), and you can get a half-decent lab ready for spinning up machines and services relatively quickly.

My lab involves two physical hosts: HP z620 workstations. Picked up on eBay for less than £700, they could be a little power hungry (although I don’t run them anywhere near the full speed – but having solar panels works well here)! They can also come with some decent components. I’m running Intel Xeon E5-2660 8-Core processors, with 64GB ram, but they’ll take dual processors and up to 256GB ram! Each of mine have a number of SSD’s/HDD’s installed.

For the network, I have a Cisco SG300-10 small business router. A small 1GB 10-port device, this is more than ample to have both hosts configured with redundant connectivity, vMotion and a storage host all connected. Being a router also gives me plenty of flexibility when plugging into my home network. Again, this was purchased through eBay for £70.

And for storage, I’m running an ‘old’ HP Microserver N40L. I acquired this years ago, but as you’ll find out it is more than ample to provide some shared storage between the hosts. I had previously upgraded this to 16GB ram (officially supports only 8GB ram, but will take 16GB). It is populated with a small HDD for the OS, and 2 x 1TB HDD’s. Purchased in total for the princely sum of £150 many moons ago!

For the total value of less than £1000, it’s a setup which provides me plenty of storage and compute resources for the home, and gives me the flexibility to practice what I’m learning/testing currently. There are hundreds of ways to do this, but this is my setup and I hope it gives you food for thought that if you’re serious about a home lab, then it is attainable without massive personal investment.

Now…where did I put my Raspberry Pi….. 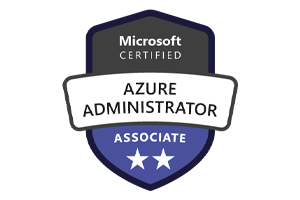